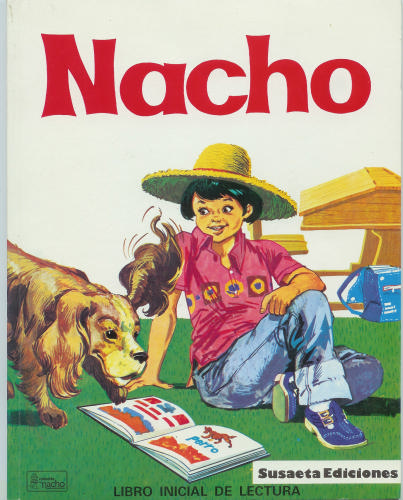 A deep apology to the english native speaker readers of Chichipanguanorrea, but this is going to be the last english-written post you will read here. I’m now going to write in spanish because it is my native language and I can be more eloquent at it. However I will still publish english versions of some posts either by demand or when I feel it would be appropriate to do so. Feel free then to leave a comment on any post requesting an english version of it and I will translate it for you.

In case you are curious, this is not a 2009 new years resolution or anything. I’ve been thinking about doing this for a few weeks already and finally today I got some spare time to publish this post.

Another great year is almost over and to carry on with the tradition we started back in 2004, this holiday season the Chichipanguanorrea staff is proud to bring you the ugly reindeer. We wanted to hire ugly Santa again or even one of his ugly Elves. Unfortunately since the government has decided to NOT bail out Chichipanguanorrea & Associates Entertainment Business Bureau Corp. (NASDAQ: CAEBBC) we could not afford endorsing such personalities this season. But fear not loyal readers: this is the finest and ugliest Santa’s reindeer you would ever find!

I’m so happy Barack Obama was elected the 44th president of the United States that I went ahead and updated my blog look.

Sharing your pictures on the web seems like a very trivial matter, right? well I can tell you it is not that trivial. Here is my story.

Back in 2004 when I first created Chichipanguanorrea I chose Fotopic as the solution for sharing my pictures. The interface was ugly but uploading the pictures was very easy with a Java-based plugin. Unfortunately the free version of Fotopic has a limit of 250 MB which I reached a couple of years ago. Today if you ask me to rate Fotopic, I would give them a 4 out of 10.

Later in 2005 I created a flickr account and started uploading pictures. Since the free version of flickr has a limit on the amount of data you can upload each month and it only shows the last 200 pictures (the rest of the pictures can still be accessed through perma-links), I decided to use flickr as the place to upload ONLY my best pictures. I really like many of the features flickr offers: tags, a huge community, nice interface, geo-tagging, but the limitations prevents it from being the best option for uploading tons of pictures.

In 2006 I decided to try some options I could easily integrate with my WordPress blog: I tried FAlbum and Gallery but it was zenphoto who won my heart. I installed zenphoto in my blog and have been using it since then. It is really easy to upload the pictures and the galleries are created automatically. My only complain would be that including a picture inside a post is not so straight forward.

Today I decided to revamp my picture gallery after updating my blog with the latest WordPress distribution available last night. I’m between upgrading my zenphoto installation to the latest version which has some new features or trying NextGen gallery, a WordPress plugin that seems to be very popular among WordPress users. The good news is that I can try NextGen without removing my current zenphoto installation nor I have to duplicate my picture galleries.

Here are some examples of how NextGen works:

At this point I’m liking NextGen a lot, but I’m having trouble getting the pictures to show up. I think this is because I’m pointing to the pictures from zenphoto and the permissions might not be properly set up. I noticed that even in zenphoto I cannot open a picture file directly

I’m not going to give you all the nasty details, but I just updated Chichipanguanorrea 3.0 to use WordPress 2.5 and it wasn’t a smooth upgrade.

Anyway finally I got everything back in order so you (and the other 4 readers) can continue enjoying the Chichipanguanorrea sensation. Chichipanguanorrea 3.0 staff wishes you love and joy during these holidays and an amazing new year 2008. This time we are very sorry we could not hire neither Ugly Santa nor Ugly Elf, but we put together this beautiful christmas tree to keep the holiday spirit alive and we hope you enjoy it (specially if you are a ‘millionaire‘, a ‘devil‘ or a ‘powerful‘).

I’m a terrible blogger. I promise I will publish Halloween pictures soon. Expect the Devil and the Punk coming back!

But just in case you care: life is good and I’m doing fine.

Blogs turn very lame when you dont post regularly. Recently I haven’t had anything exciting to write about, so my blog has been falling into the lame category. This post is just to summarize some of the things I have been doing recently or that I’m going to be doing in the near future.

After coming back from New York, I’ve been going out a lot in Austin. I have too much fun going out with friends and last night was the first friday in a loooong time that I stay at home, and it wasn’t even because I didn’t wanted to go out, but because I could not get my friends to join me and I decided to stay at home and take it easy.

Moving to a new group at National Instrumenst

After being in the Integration Services group at NI for almost 6 years, I’m going to be transitioning to the System Configuration Services group around September. I’m very excited about the transfer because I’m going to have new challenges and opportunities ahead. This group develops the ‘Measurement & Automation explorer’ application which helps users configure NI’s software and hardward among other services.

NIWeek starts next week and it means listening to great keynotes, having breakfast at Las Manitas, meeting with friends that work in other NI branches but come to Austin for NIWeek and in general being excited to be part of NI.

My friend Eva is getting married in Puerto Escondido, Mexico and I’m traveling there between August 15-19. Marcos is not sure if he can come because he is waiting for some paperwork related to his green card process. I hope he can make it though.

Social networks is something that has been arround for a few years. I have accounts in hi5, friendster, mySpace, LinkedIn and recently signed in for Facebook. My experience with FB has been amazing. The website is very well done usability wise. Very elegant and simple, but powerful. I already have lots of friend connections and its great to know what is going on with their lives. Social networks are not meant to replace physical human interaction, but to enrich it. I highly recommend that you give it a try.

Yes, I’m an idiot. I didn’t purschased my ACL wristband on time and now I’m going to have to wait for a last minute deal, hoping that someone can’t make it and wants to sell the wirstband to me. This year’s line up is amazing: BjÃ¶rk, Queens of the stone age, White Stripes, Killers, Muse, Arctic Monkeys, Bloc Party, …

Soda Stereo one of my favorite rock bands in the world is doing a tour after their last tour ‘El Ultimo Concierto’ 10 years ago (1997). I’m going to see them live in Monterrey, Mexico on November 9th!