But the special effects team of the Star Wars movie, used LabVIEW from National Instruments to control the movements of a space ship.

Click here to watch the video showing LabVIEW in action!

A friend just bought one of the new 12″ PowerBooks and since this is his first mac, I wanted to send him a list of some applications that I use all the time.

I need your feedback:

The wedding was really fun, the food was great and it lasted from 2pm to midnight. After that we went to a bar called Tequilazul (or AzulTequila) and stayed there until 4am.

On Sunday morning we had breakfast at Vips and then we walked around Puebla's downtown. Puebla is a beautiful city with lots of churches (including a huge cathedral) and very nice architecture. Later that day we had some food and coffee at “Los Arcos” with Erika and Gris, both friends of Miriam that we met at the wedding. Then we walked across the main park and enjoyed some esquites, which is similar to Colombian Mazamorra, but instead of adding 'panela' (sugar) to it, you use lemon, mayonnaise, cream and chili powder.

Then on Monday morning we took the plane back to Houston and ejoyed a wonderful sunshine with the Popocateptl vulcano.

In case you had better things to do last Saturday evening and did not checked on Slashdot, let me tell you that Trent Reznor, the brain behind Nine Inch Nails, one of my favorite bands, just released the new single from NIN's upcoming album as a GarageBand file for fan remixes.

GarageBand is an application developed by Apple and shipped with every new computer sold, that lets you easily perform, record and create your own music. Whether youï¿½re an experienced or aspiring musician.

This means that Trent Reznor is allowing millions of people to play around with his music and create new mixes of his song 'The hand that feeds'.

I think this is fucking genius!

For the record, I downloaded the GarageBand file and tried to play it in my new PowerBook. However my laptop only came with 256MB of RAM and GarageBand couldn't play the file. Immediatly I went to the web and purchased 512MB that I found at dealram.com for a very low price. I bought generic brand memory for half of the price of a branded one. Yes branded memory has a lifetime warranty, but I'm not paying twice as much for that. Even so, the generic memory I bought does have a brand and lifetime warranty (supposedly…).

Forrito is a talking condom and Pingorocho is his best friend. Their purpose in life is to make sure people is using condoms to have safe sex.

Check out their website. It is hilarious. (requires Macromedia Flash)

PD: The animations are created by a company called Paneka Animaestudio, which also created the website for El General.

World map with countries I have visited…

The Official Palace of Drunkness (Palacio Oficial de la Peda) is proud to announce that the Aguardiente is back! 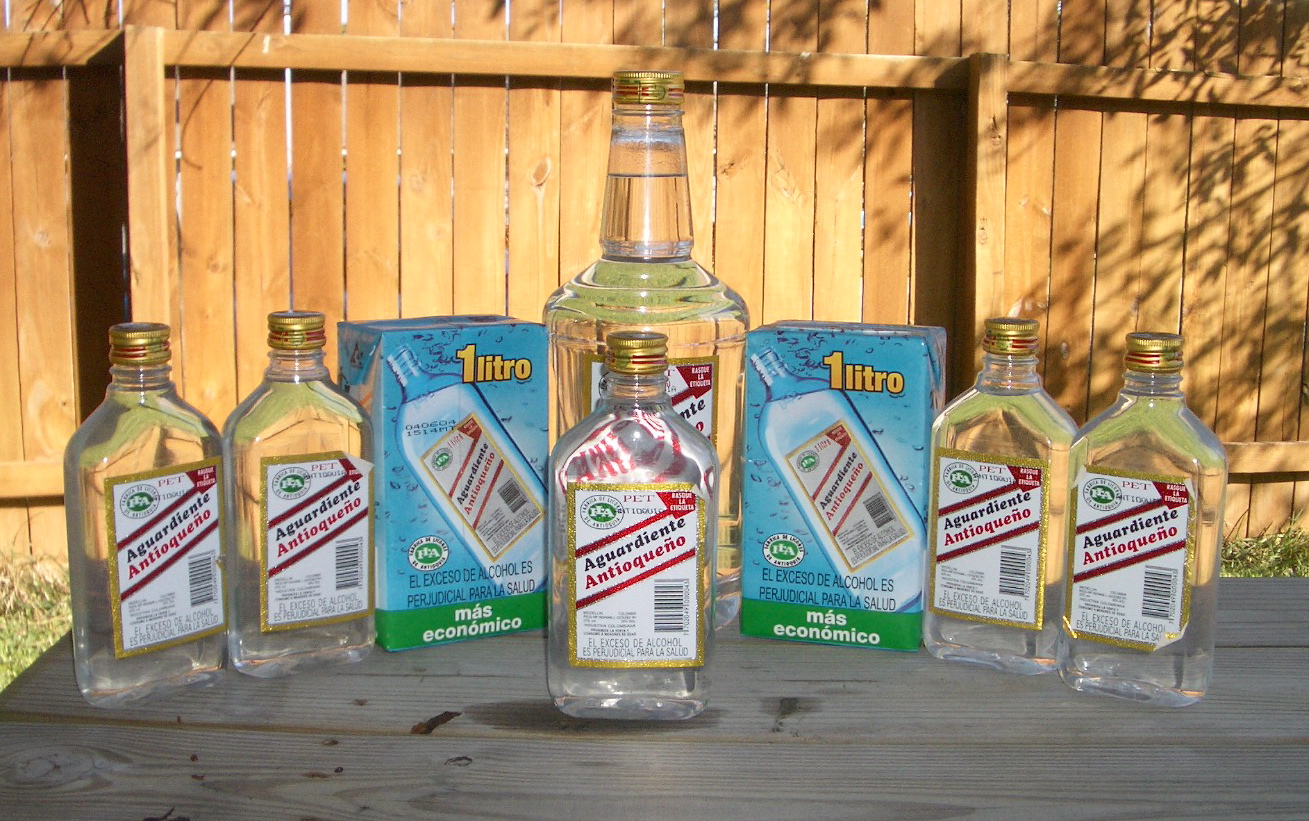 Last night I went to see Plastilina Mosh and Andrea Echeverri at Mambo King's during the SXSW 2005 music festival. The concert was great, and we were able to stand right next to the bands. I saw Plastilina last year for SXSW 2004. This time they brought 3 musicians that added a lot of energy and good vibe to the concert.

The cool thing is that I made it in one of the pictures (#28) that a photographer from the Austin American-Statement newspaper took.

The only bad thing was the fact that we had to wait in line 1 hour because the people at Mambo King's were idiots.

There is a full article dedicated to MedellÃ­n (the city I grew up) in the latests issue of the National Geographic magazine. However the article only highlights the negative sides of the city, beginning with the title:

I'll try to be objective here:

People from MedellÃ­n tend to see the city as the most wonderful city in the world. We feel great pride of being born there. The city indeed is great in many aspects: the weather, the people, the food, the landscape among other things. But also the city has its problems: violence, poverty and insecurity. You also get so used to be surrounded by violence in our country that you don't worry about it anymore. Sadly you get used to it.

MedellÃ­n became famous because of the drug business, violence and Pablo Escobar back in the early 90's. It's been more than 10 years since all that is gone; however the stigma will remain for many more years.

I just did a quick Google search on the word MedellÃ­n and the first article about violence or drugs showed up in the 3rd page.

It doesn't really matter anymore what happened to Medellin in the past. The present is better and I hope this trend continues to the future.