My sister and I headed to the festival around noon. We parked on Trinity and 17th street and walked to 14th street to take the shuttle. There was no line. We go to the park and the â€˜Will Callâ€™ process to claim the tickets was quick and easy. Then we rushed to see Aterciopelados playing and guess what? They cancelled, last minuteâ€¦ So we went to see Maneja Beto, a local band that plays Mexican music with a rock style.

After that we had lunch under the shadow of a tree. The heat was horrible: 40oC in September is crazy! Record temperature for ACL.

Then we checked a band called Bukka Allen which was ok. We stayed there mostly because the stage had a nice shadowed area.

Then we listened for a little bit this women Ruthie Foster. Her music was mostly gospel and she started singing â€˜churchâ€™ music, so we left very quickly.

After that we took a break and then we met with the rest of the gang: Alejandro del Castillo, Marcos, the Correa family, Midori, Alma, among others. We also checked out Ricardo Lemvo & Makina loca, a salsa band that played really good.

Then we went to the stage where Franz Ferdinand and Coldplay were going to perform to get a good spot, which didnâ€™t really happen. We were very far from the stage, so when Coldplay started playing I went on my own and got as far as I could to the stage. I could barely see the stage, but at least the sound was much better in that spot. Coldplay was awesome. Live, they sound better than when you heard them from a CD. The show was amazing and they played their best songs: In my place, God put a smile upon your face, The Scientist, Fix Youâ€¦ The best part was when they started playing Yellow and they released about 20 big yellow balloons filled with little gold pieces of paper. It was so cool.

Finally we had to wait a long time to leave the park because of the huge amount of people (the Colplay singer mentioned that we were 60.000 people!).

The heat, the dust, the lines at the end: it was all worth it.

We are expecting Rita to not hit Austin directly. It is expected to be near Austin on saturday with heavy rain and winds. I’m not worried about it, but I’ll be careful.

Some things I’m planning to do:
– Get some cash
– Put important documents in a safe place
– Have enough water and food that doesn’t require cooking
– Have candles, matches and a flash light
– Unplug most appliances
– Don’t leave objects outside the house

Update – 09/22 – 5:45pm
Recent forecasts for Rita predict showers, thunderstorms, and 20 mph winds in Austin during Friday night and Saturday. This is a much less severe forecast than yesterday and proof that the storm path and its effects are changing by the hour.

ACL Festival will go on!

Update – 09/24 – 5:00pm
Today was just another sunny day in Austin. Just a little bit more windy than usual. Nothing to worry about! 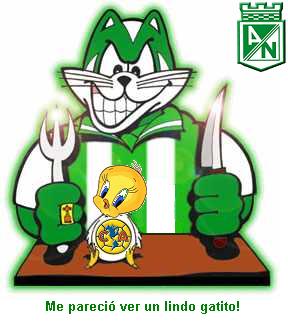 Yesterday I had an accident with my PowerBook: I was having coffee for breakfast and spilled some of it over my PowerBook keyboard. I immediately shut it down and turned the laptop upside down, and used a towel to clean it. Since I had to go to work, I left it upside down all day.

When I got back home I felt some keys were sticky, so I did some research on Google and found out that I had to clean the keyboard under the keys.

I found this great website PB Fix it that sells PowerBook parts, but also provides detailed manuals that tell you step-by-step how to install different parts.

These are the steps to clean your laptop keyboard
– Remove keyboard from laptop
– Draw your keyboard configuration, since you are going to remove all the keys. I used my digital camera to take a few pictures
– Remove every key (except from the big ones like space bar, Enter…)
– Clean the keys in water and let them dry completely
– Use several cotton puffs with alcohol to clean your keyboard. Discard a cotton puff if its leaving pieces of cotton behind.
– Put your keyboard together and you are done.

After Carlos Vives‘ concert on friday and playing soccer at noon on sunday I was exhausted. But you think that will stop me from going to Molotov‘s concert at Stubb’s?

I went to the concert with my sister, Alejandro, Raffaele, Gustavo and his buddies from Guadalajara.

As always (this is my 3rd Molotov’s concert) they put a lot of humor and energy at the concert and I enjoyed every bit of it. I’ll post some pictures later today.

The coolest things they did, was playing the song ‘Eye of the tiger’ from Survivor with the lyrics of Gimme tha Power…

As a side note, the chilean/LA band Los Abandoned opened the concert for Molotov. I’ve never heard them before but I liked their music which sounds similar to Elastica. The lead singer is a very sexy girl with lots of energy and good vibe. About two months ago, I decided that it was time to give my old Nokia cellphone a break. I had it for about 2.5 years and it always worked very well. My original carrier was AT&T and then they merged with Cingular. The service with AT&T was always very good. I always had excellent signal reception in Austin, and when I traveled to other cities (Miami, New Orleans, Dallas, Houston, NY, Boston, Washington…) it always seemed to work just fine.

Since I was content with AT&T, I tried to see my options for upgrading the phone. I was willing to sign another 2 year contract with them, in exchange for a free phone (and retaining my phone number). But unfortunately, they only offer those options to new or switching customers. I find that bussiness practice totally absurd. Why give a free phone to a new customer, but not to an existing loyal one?

So after calling them a couple of times and visiting stores like Best Buy, I understood that my best option was to switch carrier.

So I call a friend who uses T-Mobile and asked him about it and he told me that T-Mobile was a good carrier. So I went ahead and bought a T-Mobile plan.

The plan included the Motorola V330 which is a bluetooth camera phone supported by iSync.

I’ve been using this phone + plan for two months and I’m really dissapointed. In other words: T-Mobile sucks!

My phone is always searching for signal. The reception sucks. I don’t receive phone calls all the time. I get text messages 30 minutes after they were sent. I would rank AT&T service with 10 and T-Mobile with 4. So if you live in Texas, don’t sign with T-Mobile!

Regarding the phone, I’m not very happy either. I’m sure that part of the bad reception is caused by the phone, because otherwise I’m sure my friend would never had recommended me T-Mobile. I also like the simple Nokia style better; I don’t like opening an closing a clam-type phone all the time.

I must say that phone integration with iSync worked very well. I was also able to use bluetooth to copy MP3 soundtracks to my phone and use them as ring tones. That is actually really cool. I converted the MP3 song to WAV, croped it to 30 seconds, changed it from stereo to mono, converted it back to MP3 and uploaded it to the phone. Now Connection from Elastica plays everytime the “…vital connection is made”.

Don’t ask me how I found this site…

If you are colombian, take a look and have a good laugh.