Play the best song in the world, or I'll eat your soul!

I was reading the main Colombian newspaper today El Tiempo and founded a very sad article:

The Danish organization Revolt (Opror) donated U$ 8.500 to the Colombian rebel group FARC-EP to defy the Danish law that prohibits the support of terrorist organizations outside Denmark.

I sent them a message using their website, but I didn't saved the text.

I also sent an email to my Danish friend Anders Meister, and here is part of the text of that email:

FARC used to be a revolutionary movement (40 years ago) when CHE Guevara and Fidel Castro were fighting to liberate latin america from the oppression of dictatorial governments.

Those $8500 won't really make a difference to FARC's finances… that's like nothing to them (because the drug business gives them millions of dollars), however is not about the money, but about it's meaning.

I'm sure this organization did this donation based on ignorance and not as a bad faith thing. It's sad but FARC has been very good at promoting their group as a Revolutionary cause… obviously they don't mention all the bad things they do…”

Anyway, I think the Colombian government needs to do a better job on promoting what really FARC has done to the country (as well as the ELN and Paramilitares).

So I guess is very easy to be ignorant about facts in countries we don't really know.

Just for the record, LEGO is Danish!!! 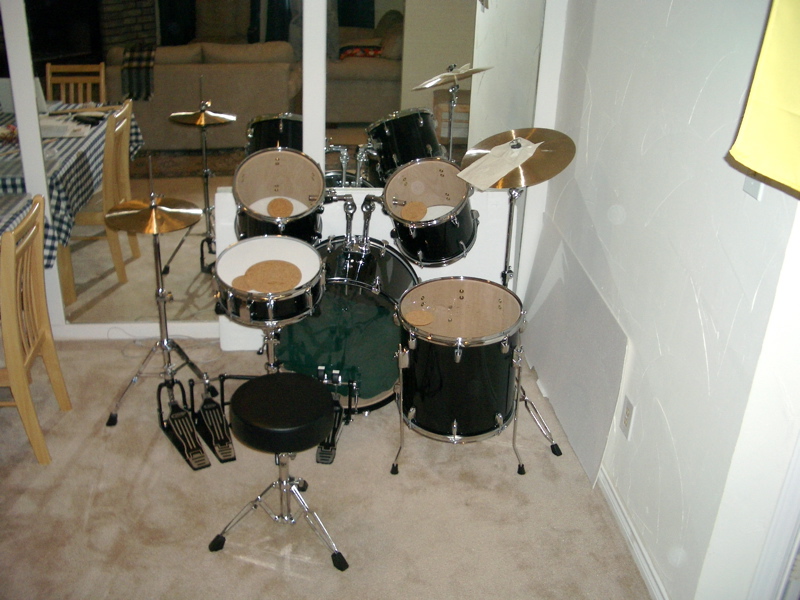 This is my new DW Pacific 5 pieces EZ with a pdp double pedal.

I bought it at the Guitar Center, last sunday.

Elizalde helped me buying it and setting it up. It came in boxes and we had to put together the whole thing. I'm very exited and I want to start learning how to play it…

I hope my neighbors don't get mad!

The colombian striker plays for the Aston Villa F.C.

I wanted to write something about the slogan “Don't mess with Texas” for a long time.

To me is a very aggressive and unfriendly slogan. Don't get me wrong. I'm in favor of having campaigns and slogans to prevent littering. But I just think that you have many options to do it, and being aggressive is my last choice.

I'm not a marketing expert, but you get the idea.

I just think is very sad, that people that come to Texas driving from other state, get a very “warm” welcome with that stupid slogan.

According to the Don't mess with Texas official web site, this is their explanation of the slogan:

“Don't Mess with Texas is the tough-talking litter prevention campaign sponsored by the Texas Department of Transportation (TxDOT). The campaign reminds Texans to keep their trash in the car and off our roads.”

Can't you do nice-talking first? If that doesn't work, then you can do the tough-talking… is just like those preemptive wars… bullshit!

I got my car back. It was the battery. They changed it and I had to pay only $3. If I had bought a new battery and tried it, it would had cost me about $70 so I'm glad I used the road side assistance! You would not expect the battery to be part of the 4 years / 50.000 miles guaranty… sweet!

Yesterday, I borrowed my Golf to Paulina, because she had a medical appointment in south Austin. At 6:30pm she picked me up at NI, and parked in the visitor's parking lot. When I tried to start the car, it made a really odd noise, and the engine never started. It seemed to be an electrical problem, because the clock and the mileage (the one you can reset) went to 12:00 and zero respectively.

I called the VW road assistance number and they sent a guy with a towing truck (is that how you call it?). He first tried to use cables to see if we could start my car with his battery, but it didn't worked. So he towed my Golf to the VW service center and I left the car there. They have envelopes where you can write down your contact information and leave the car keys, so they can work in the car the next morning.

I'm still waiting for their phone call and I'm very curious to know what happened to my baby.

Muleiro gave me a ride this morning. It sucks to live in North Austin and not have a car!

By the way, if you own a VW TDI, check this great website: TDI Club

I did some research trying to find a good host to store my photos, since the space I have with HostRave is about 50MB. I found this one called Fotopic.net that gives you 250 MB of space and allows you to hot-link your pictures (which means anyone can see your pictures without signing up for anything). They have a really decent user interface to manage your collections and allow you to upload pictures through a web interface, FTP or even email. They also have a CGI API to manage your pictures, which I would like to figure out to dynamically create my picture links on the right of simple blog.

Right now there is only one collection and it only has a few pictures. I'll have a good set of albums pretty soon.